The past months marked by the COVID-19 pandemic have shown the perseverance of the state as well as all individuals to fight and overcome the crisis that occurred in the whole world. In a very short time it has been proven that innovative, efficient and fast solutions can be easily prepared and implemented in order to mitigate the consequences. Each individual contributed by respecting the measures taken to minimize the possibility of infection and its spread, and a large number of companies employed their resources and operational staff to work together to deal with the situation.

Reputable suppliers, manufacturers and designers in the 3D printing community very quickly began to respond to the global crisis by volunteering their skills and knowledge to alleviate pressure on supply chains and governments. Montenegrin 3D printing community was united shortly after the occurrence of crisis in order to use their 3D printers to mitigate the crisis effects, as supply chains in the crisis situation are significantly weakened and demand for different goods, especially medical protective equipment, is growing. It was necessary to find an adequate and quick solution that will prevent a potential problem in supply of medical equipment.

For that reason, several clusters that were informally doing 3D printing joined their forces under the coordination of Science and Technology park Montenegro with support of Ministry of Science began 3D printing of protective visors and other medical equipment and its parts in order to help employees fighting on the front lines. The word is about four clusters: IEC Tehnopolis, Open Box Studio, 3D Soba and Capital City of Podgorica, with support of Faculties of electrical and mechanical engineering, UM as well as other members of consortia that contributed significantly.

By entering the process of printing protective visors, the 3D community has shown a positive example of how science and innovations can serve the community and provide the fastest solutions when needed. With the quick reaction of our cluster, we also proved the assumption that 3D printers can be used for types of mass production, especially in crisis situations. This is supported by the fact that by hiring over 45 printers from the beginning of the pandemic until today, we have delivered over 9,000 protective visorsto various parts of the community, and that number will grow further in the coming period.

National coordination body for contagious diseases recognized efforts of this cluster and in coordination with STP secured financial resources for purchase of ingredients and materials for continuation of 3D printing, because supplies of all partners were quickly spent.

This action created a completely new market space that has a significant potential for further development and fostering innovative potential of all those who would like to do this kind of business. In addition to printing protective visors, we also started creating models for printing other forms of protective equipment and its parts in order to supply the health care system with other necessary equipment.

This action sends a strong message that the field of 3DP is one entirely new and underused market segment that has the potential to be used in various segments as it is characterized by the ability of fast modelling and manufacturing and possibility of application in scalable businesses. The use of 3D printing should become a standard outside of crisis situations by which potential and existing companies could upgrade its service and production capacity, as well as develop the innovative potential of employees in companies that have introduced 3DP.

The selected teams passed the first validation of the ideas, and their multi-month development comes next 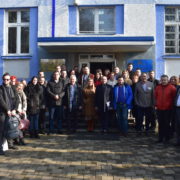 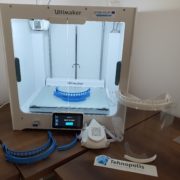 3D printing in function of fighting the Covid-19

FitCamp Montenegro: The next level of vacationing 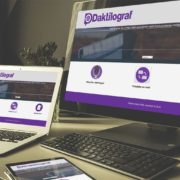 The selected teams passed the first validation of the ideas, and their multi-month...

FitCamp Montenegro: The next level of vacationing
Scroll to top