During his stay in the village of Opasanica, through the day-to-day activities carried out on his property, Marko Maras saw a big problem for the residents of isolated areas of Montenegro. Although successful farmers, their touch with market dependencies from going to the livestock market is often remote. This problem came up with the idea to create the site “Seljak.me”, the first digital village in Montenegro. The site is intended for all agricultural producers and consumers who buy or sell products from the category of livestock, plant production, machinery, and food products. Also, it is possible to find or offer services from the agriculture of the world, as well as to read informative-educational texts on site.

“I also wanted to buy chickens for my property, but there was no active offer on the internet, so I decided to create a site where all people could advertise items that were directly related to agriculture. Initially, the idea was to call the site “My Market”, but later it was spelled “The Peasant”. In this way, I tried to tell the villager to restore the original meaning, which is often misused in everyday speech, “Marko explained at the beginning of our conversation. 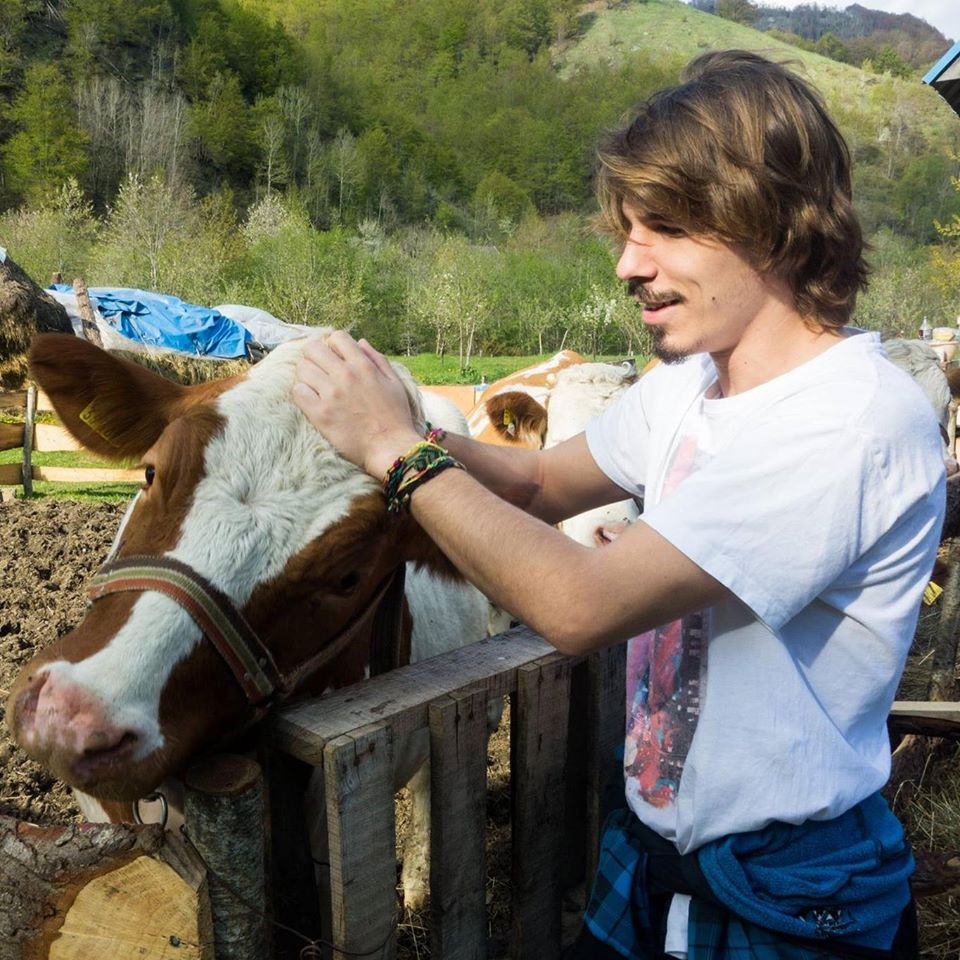 Although he modestly views his business idea, he is aware that the Seljak.me site has made a major improvement in the marketing of agricultural products in Montenegro, especially livestock. “Previously, when the cattle were being sold, they had to be taken to a livestock market where, although it is a short drive, the animal could lose weight due to stress. Again, the question is whether or not you will manage to sell it at the market. If we are aware that a farmer’s working day lasts from morning till dark, then we know that every moment is valuable to them. The site allowed them to send a photo via their phones along with the ad text, price, and phone number and their livestock is on the market”, he said.

At the outset, people were quite skeptical and were often accused of wanting to take the money at the livestock markets where he promoted his activities: “Over time, we turned this skepticism into a trust and created a domestic relationship, which gave rise to good cooperation.”

Marko points out that his clients are mostly people who have opened their minds and are ready to embrace modern technology and its use in agriculture. “Users are also people who are isolated and remote from the centers where there are livestock markets and drink markets. Some farmers are hobbyists, but also those who are professionally engaged in this. As for those who already have a placement in the market, they advertise less, but through the site, they can try to get a higher price than in the free sale. “ 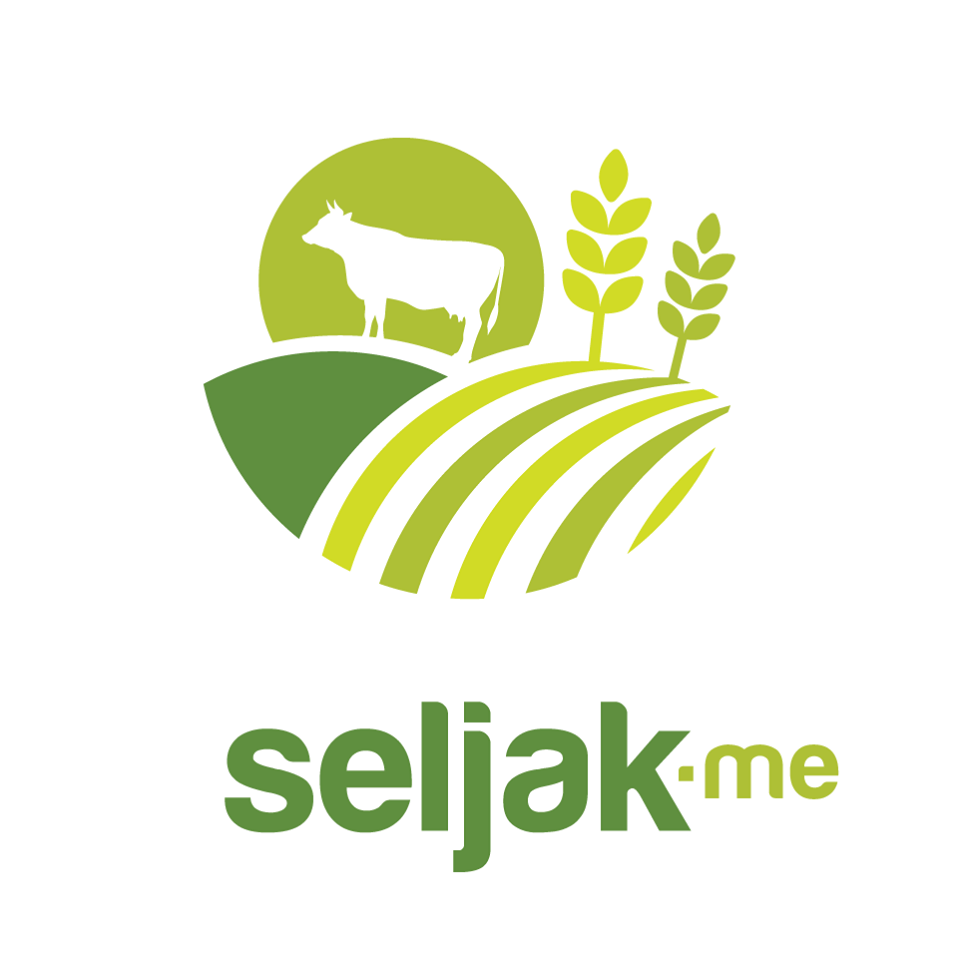 In his work so far, his greatest challenge has been primarily digital literacy in Montenegro, especially among older generations. “It is something I cannot condemn but it is, unfortunately, a factual situation. Also, of course, the problem is the finances themselves, however, I hope that with time this situation will improve and that the survival of the platforms and the opportunity to improve services will be ensured. I have a lot of ideas that I would like to implement and I think all of them will have benefits”.

The collaboration with IEC Tehnopolis and the virtual incubation of his idea has helped him in his development as well as in networking with people who are committed to improving agriculture. “I can single out that it was significant that I participated in the creation of a rural parliament in a rural network and thus networked with people from the rural development sector. This helped me a lot in making contacts later, forming partnerships and the like. I hope that by opening a laboratory and using smart technology related to agriculture, IEC Tehnopolis will help further develop this sector in Montenegro, “said Marko.

What it strives for is the digitization of agriculture through networks, the creation of platforms and the digitization of agricultural production itself. “Under the European Union-funded Smart Start project, which we came across through the Institute for Entrepreneurship and Economic Development, funds have been set aside to acquire GPS necklaces for livestock monitoring, calving sensors, and bee sensors. In this way, we wanted to give users a sense of the benefits of using these devices in the production itself. I can say that the project proved to be quite successful, and I hope that we will be able to expand our activities a little bit in the next period, to increase the procurement of equipment and to try to get some more modern equipment. All this is important because there is a noticeable lack of workforce in agriculture, and smart specialization is a way to empower young people to engage in agriculture and make it something that is in line with their interests. “

In addition to the Seljak.me platform, he also created the Pijaca.seljak.me website, which was created to separate the livestock and crop production sector from the food sector due to a different clientele. “The platform has not yet been actively launched, but we hope that this year it will be realized. The Market aims to connect small producers with families and small customers while connecting large producers with large catering establishments. In this way, large catering establishments have direct insight into the offer, and therefore the platform is a kind of base. The platform is designed to address the high volume of people to high demand people and vice versa. “

Marko pointed out that he also opened an office in Podgorica at the beginning of the year, and thanks to a vocational training program this year he will have trainees to help him refresh and improve his idea. “In addition to the aforementioned, a blog is planned for the coming period, where it will not only be advertising, but we will try to inform the farmers through some texts about the segments that are important for their production, as well as about current information from the world of agriculture. By the end of the year, I would love to build an app, improve the current version of the site, and update it with new information. “

In the end, he concluded that information is a major tool for every farmer, because even though someone owns the complete machinery, farm, but does not have the exact information on what to do to sell the products, you are far behind the competition. 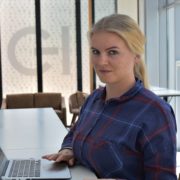 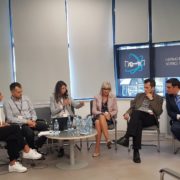 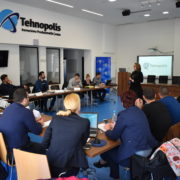 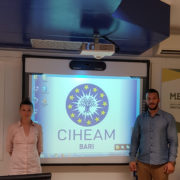 A training course in Bari: Building the capacity for 12 managers of FILA laboratories 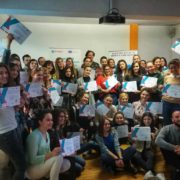 Successful finish of the study visit to Bulgaria: Two of Montenegrin girls as members of the winning team 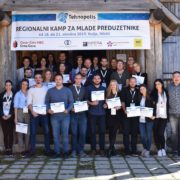 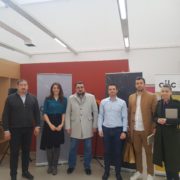 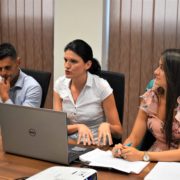